Tallsome
Sign up with your email address to be the first to know about new products, VIP offers, blog features & more.
The Tallest Man on Earth is one of my favorite musicians. In this post, you’re gonna learn about the man and his music.

Don’t know his music yet? A great way to set the right the mood for this read is by firing up some music from The Tallest Man on Earth, so go a ahead and hit play right here!

So, to explain what’s it really like for someone to be ‘tall in stature’, I’m going to talk about one of my favorite musicians, Kristian Matsson from Sweden.[/one_half][/row_fluid]

Who is The Tallest Man on Earth?

The Swedish musician Kristian Matsson, the so called, “Tallest man on Earth” has recently achieved so much success through his amazing voice and lyrics. Now, obviously a singer gets the limelight because of their songs and their staggering performances but Kristian Matsson’s greatness is not limited to these things.

He is famous for being the ‘Tallest’ man in his field, but here’s the catch, he is only 5’7″/1.70 m. Yes, you might be thinking now that is clearly NOT that tall but that’s what this musician and apparently the whole world likes to call him. 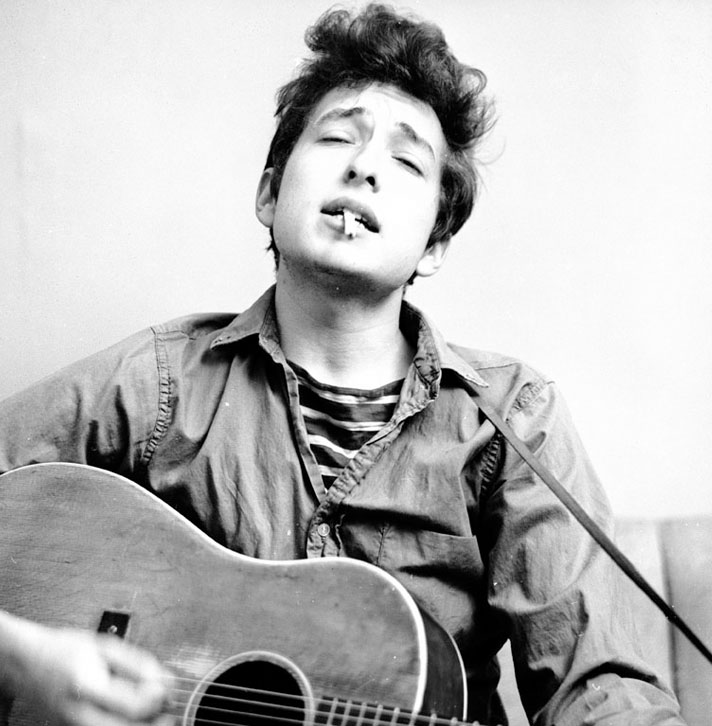 Kristian Matsson’s birth year is 1983, he was born on 30th of April in Leksand in Darlana county of Sweden. He was brought up there and he spent most of his childhood in that locality. He began his music career in 2006, having already been the lead vocalist of the much non mainstream band named, Montezumas. His music has mostly been correlated with the music of Bob Dylan.

The Tallest Man on Earth absolutely loves the Swedish countryside where he grew up. He is a nature lover and has a house with a river on one and a hill on the other side that he really loves. According to him, it is the “beautiful place” in the whole world.

Since 2006, there have been four albums released by him and two EPs as well. The man is known for recording and publishing his own particular records in whichever home he is living and has stressed that the link between his singing and guitar is so solid, sometimes he records his songs as independently tracked performances.

He is additionally known both by the media and his fans for his fascinating stage presence. 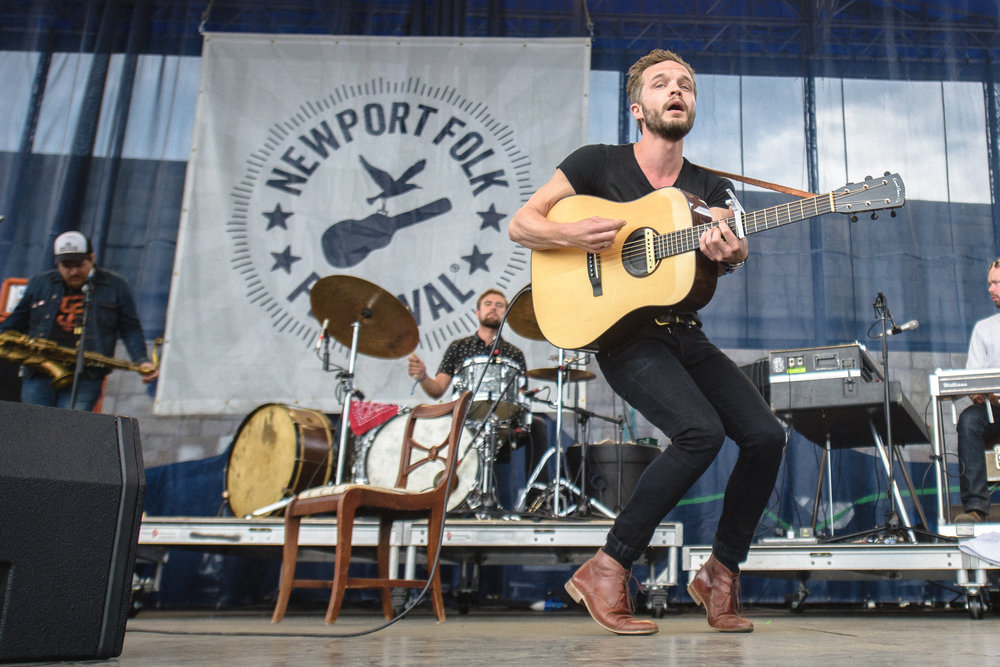 He was formerly married to Amanda Bergman, mostly known by her stage name ‘Idiot Wind’. Together they have composed the music for the Swedish drama movie named, ‘Once per Year’. 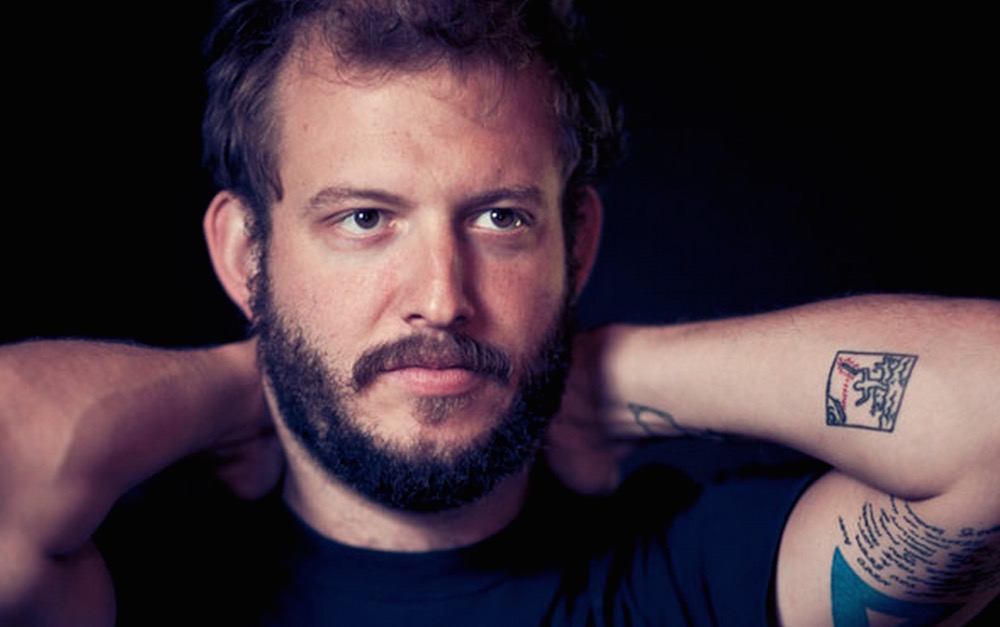 Bon Iver introduced the US to The Tallest Man on Earth

The very first recordings from the singer appeared in the year 2006 through a self-titled EP that was released on the Swedish autonomous tag, ‘Gravitation’. He came up with his first full length album in 2008, Shallow Grave, a collection that drew awards from Pitchfork and NPR.

People in USA came to know about the Tallest Man on Earth when he visited the US with Bon Iver, including his two performances at the incredible New York City venue Town Hall.

The Tallest Man on Earth was achieving fame through his amazing shows. All he was doing was going on the stage alone with his famous guitar and enthralling the audience every night.

Matsson actually began to make his very own music as he was inspired by the folk genre, recorded them himself too and gave awesome solo performances by the year 2006. It was in his album named, Dark Bird is Home, when he began to add other musical instruments and players with him. In doing so, he made his performances and songs even more charismatic and attracted more fans.

The Tallest Man on Earth and his band

In front of an audience in Philadelphia at the World Cafe Live, he had a team of companions performing with him and fortunate for us, his shows don’t experience the ill effects of losing a tad bit of that solo intimacy. ‘The Tallest Man on Earth’, was actually the first EP released by Kristian Matsson in ’06, it consisted of 5 Swedish folk inspired songs. 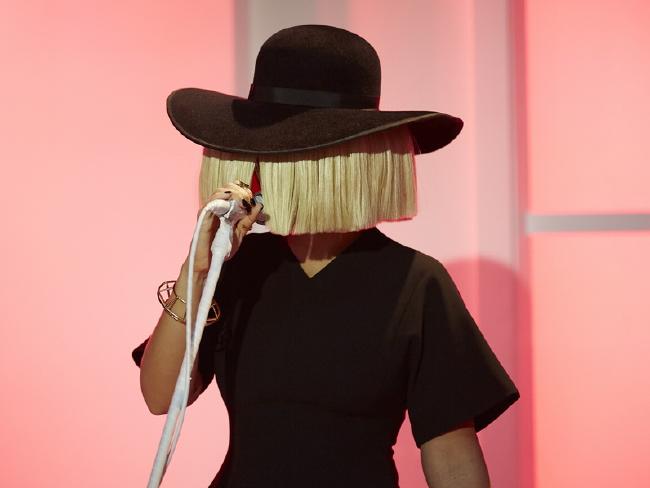 Like Sia, The Tallest Man On Earth wants to separate ‘the person’ from ‘the music’.

At the very beginning of his music career, Matsson evaded the media, the columnists and wanted to disconnect his music with himself. All things considered, Matsson picked not to relate any individual info or photos of himself with his music as he wished to let the music represent itself. Yes, he did it before Sia : )

He later reflectively portrayed this methodology as innocent, additionally said that he didn’t know that his profession would be so effective, and that he would simply go out and play a little bit.

To talk about his music style, many have contrasted The Tallest Man on Earth with the likes of Bob Dylan both as far as songwriting capacity goes and singing style as well.

When he was asked about his lyrics and the way he makes them, Matsson explained that he started listening to Bob Dylan at a very early age, and after listening to Dylan’s covers, he attempted to make sense of where those melodies originated from, and turned out to be gradually exposed to the old American folk, for example, Woody Guthrie and Pete Seeger.

Be that as it may, he is mindful so as to qualify this, saying that he didn’t consider his work to be a part of any folklore. That is just how he plays and that is the way composes his melodies. 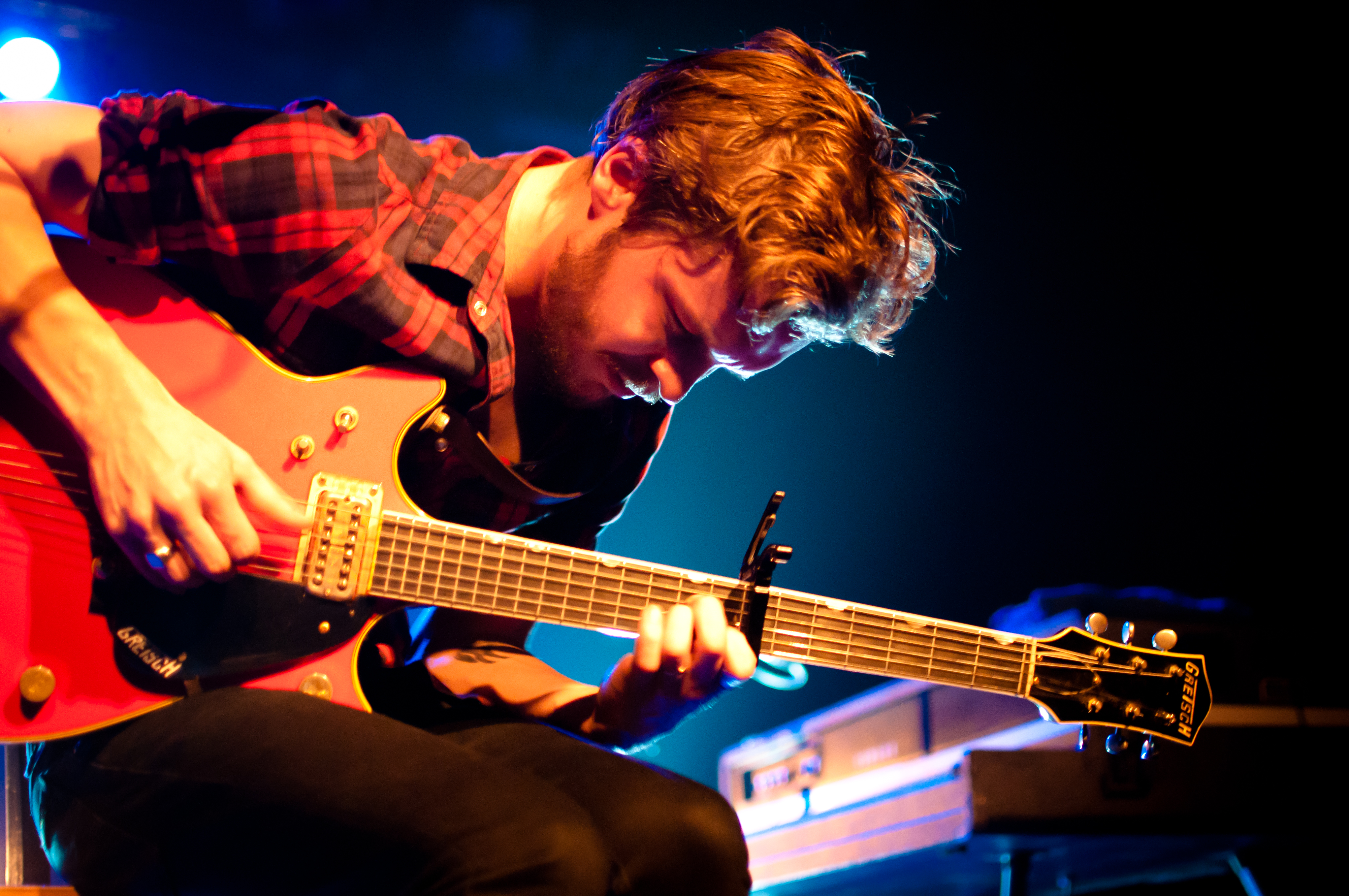 Now to talk about how he plays his guitar, he actually utilizes an assortment of open tunings, while the standard tuning much less. He got very traditional guitar teaching in his teenage but according to the singer, he actually used to get “bored” of playing it because “it was like math”.

But it was when he listened to Nick Drake, when he found out about the open tunings that he got so much into playing guitar and started to love it because this style of playing allowed him to concentrate on his vocals while still effectively playing the instrument.

From a musical viewpoint, Sweden was additionally, as Matsson considers, an intriguing spot to start. What he is really appreciative for the place he started his music was that there were many people in bands, yet no patterns. So one could simply do things, you have some good times and you geek into various sorts.

There was a great deal of folk music around but then he began playing electric guitar and got involved in those punk groups and glitz groups, he was a huge David Bowie fan, and that changed him into needing to be Iggy Pop, so that’s why he quit playing the guitar and began to moving around with no shirt on, in bizarre spots in that countryside.

Swedish important for The Tallest Man on Earth’s Lyrics

Being a Swedish native has contributed greatly on Matsson’s songwriting. Matsson attributes an extraordinary importance to words that are regularly lost on local English speakers. Thus, a huge numbers of his songs appear to be abstract verses and require an astonishing measure of thought to get it.

For instance, one of his songs “Thousand Ways” utilizes sharp turns of expression to represent the moon as a tireless and interminable partner:

While “The Wild Hunt” very emotionally utilizes the title picture as a symbol for lonely fondness. 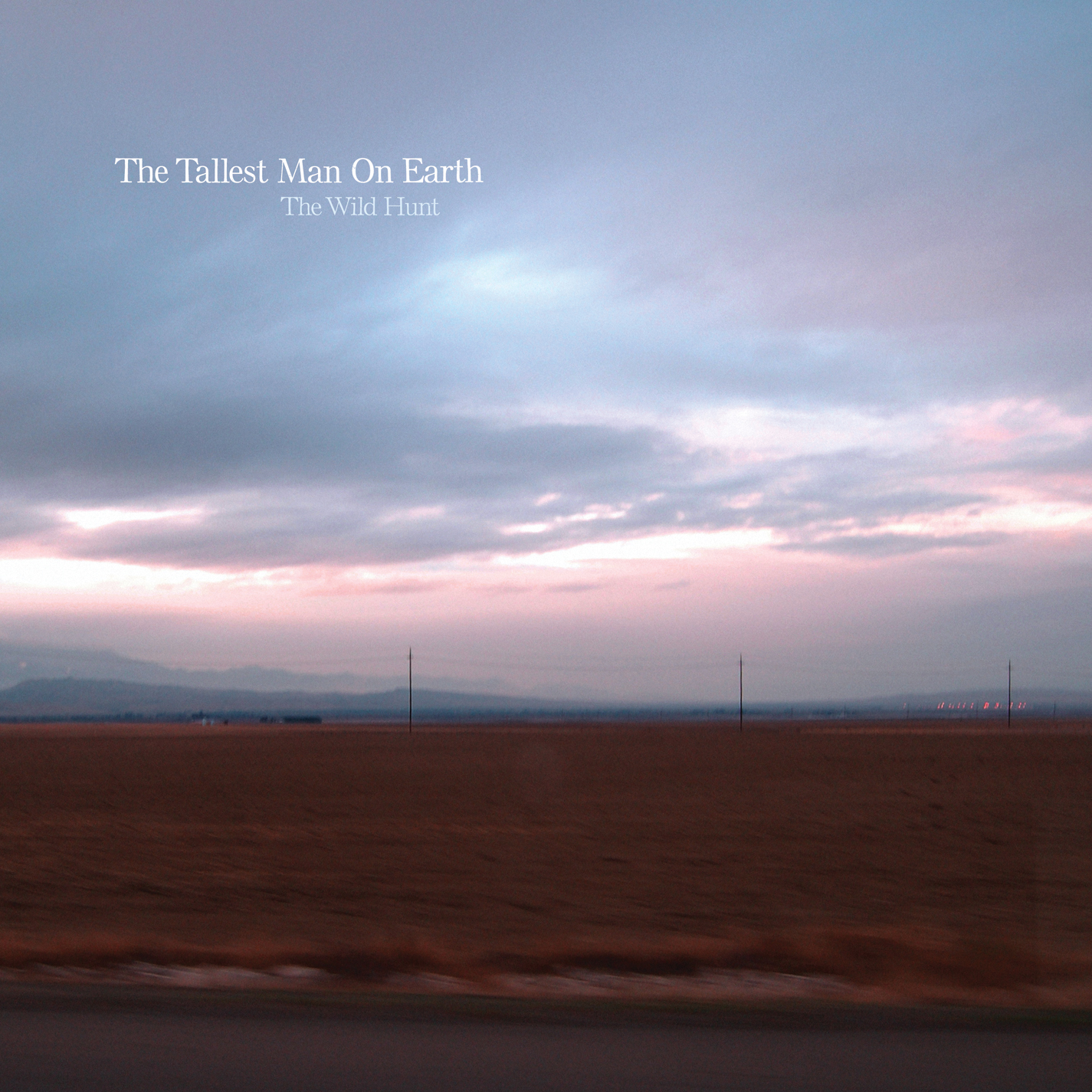 A number of Matsson’s tunes mirror this adoration for the created world, sometimes as nature and sometimes as simple human experience. I mean isn’t this what real music is all about? Something that can really move you and inspire you to maybe live your life a little better. This is exactly what the Tallest Man on Earth’s music is all about.

Regularly drawing on those folk myths and legends to create his verses, Mattson sees the world similarly as G.K. Chesterton and Saint Francis, with a love for things as they seem to be. In “To Just Grow Away,” the first track in his latest album, Matsson praises a proceeded and developing movement through life. You can see from there how profound and meaningful his lyrics can be.

The Tallest Man on Earth – “it’s just a stupid name”

Now, let’s talk about one of the most intriguing things about this very talented man, that is, his stage name: “Tallest Man on Earth”. When once asked about his stage name by Marco Werman in a Public Radio International interview, he while smiling, said that he just simply wanted to come up with a ‘stupid name’.

This is the whole thing about his stage name, this is obviously not a common one that you come across often, and it is actually a misleading one because the artist is not physically that tall, he is 5’7’’. The name basically contradicts the stereotypical image of a tall Swedish blonde as well. Mattson is 5’7’’ with brown hair and is a Swedish folk singer with a sole of an American folk artist.

The name does however fit on him if you consider his strong stage performances. His one of a kind tone and charismatic presence on the stage justifies the name, “Tallest Man on Earth”.

One of my favorite songs from Kristian Matsson is, ‘The Dreamer’.

He released the song “The Dreamer” along 4 other tracks in his EP named, “Sometimes the Blues Is Just a Passing Bird” in 2010. An interesting thing about this song is that it was Mattson’s first combination of an electric guitar in his songs and the title of the album appears in its chorus as well. The song sends your thoughts twisting in the ancient and modern world, everything about this internet age starts to melt and you go deep in those ‘John Lennon’ vibes.

Thanks for reading along – I hope this inspired you to listen to The Tallest Man On Earth. He is one of my favorite musicians, and there always seems to be so much more to explore about this man and his music. I’ll finish with some links to where you can follow him, which I can really recommend.

Have a Tallsome day and stay tuned for more great stuff coming up.