Robert Wadlow died from an infection in his leg, caused by a badly fitted brace that helped him walk. The brace had rubbed against his ankle, leaving an infected wound that killed him as a result of a weakened immune system.

His great height left him with an immune system that couldn’t handle such an infection. Not even after the doctors had tried to save him with a blood transfusion.

In this sense, his long life was cut short—and like his height defined his life, it also came to define his death.

Who was Robert Wadlow?

Robert Wadlow is the tallest man and person who ever lived. You’ve probably seen one of the statues around the World. Or maybe a wax replica in Ripley’s Believe It or Not.

Robert Wadlow got taller than tall because of abnormal hypertrophy of his pituitary gland. But this wasn’t the cause of his death, according to Wikipedia – Adulthood and Death.

Robert Wadlow died from a blood infection. Yes. That’s actually true – and how it happened is an unlucky story.

Taller than Tall can be Lethal

Not in itself, well.. maybe, I don’t know – but in the case of our tall friend Robert Wadlow, he didn’t die as a direct result of being a tall glass of water.

Robert was never confined to a wheelchair – however, at his height, he had to use assistance in the form of crutches and braces. This day in the forest, a brace irritated his ankle enough to cause a blister.

A blister isn’t dangerous in itself, but it often leads to skin-breakage and thereby the risk of having things from the outside enter the inside of our dear Robert.

And that is exactly what happened. The tallest man ever got a blood infection through the blister on his ankle.

Today, this blood infection probably wouldn’t have led to the death of a grown man, but back in the days, I’m guessing things were a little different.

The doctors tried to turn the tallest man ever vertical again, but they didn’t manage to save Robert.

They treated him with blood transfusion, but this wasn’t enough to cure the infection.

The tallest man in the World died in his sleep that night. An estimated 40.000 people attended his funeral, as he had gotten super famous during his life. 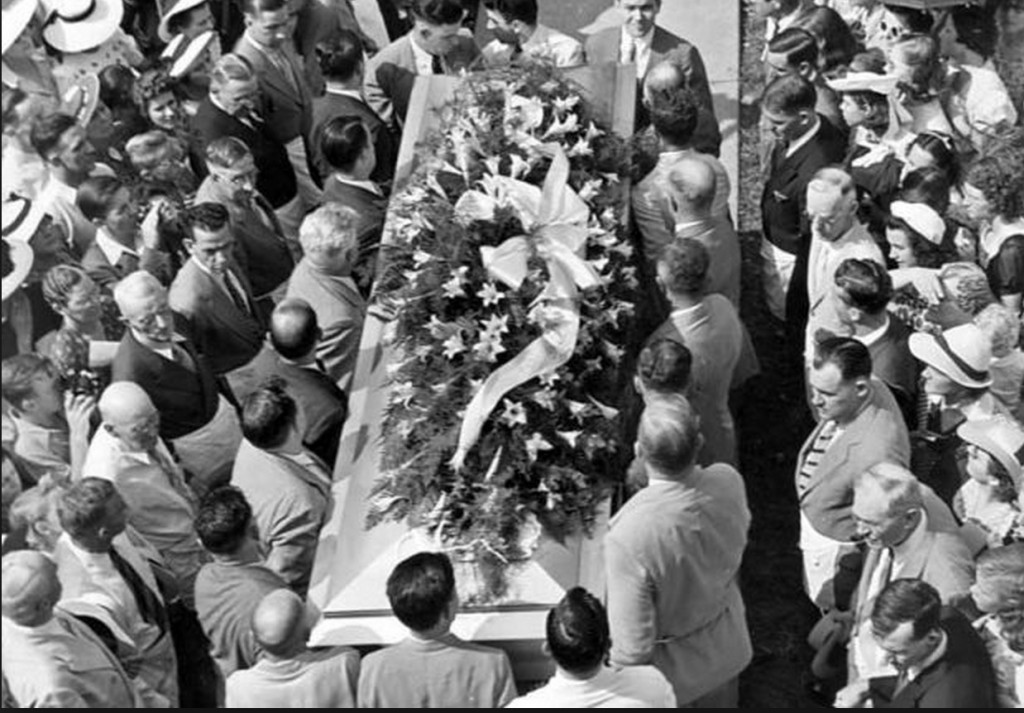 He was buried in an enormous coffin which was then interred in a vault made of concrete. These precautions had been decided by his family because they feared that his body was too extraordinary for people to let rest in peace. 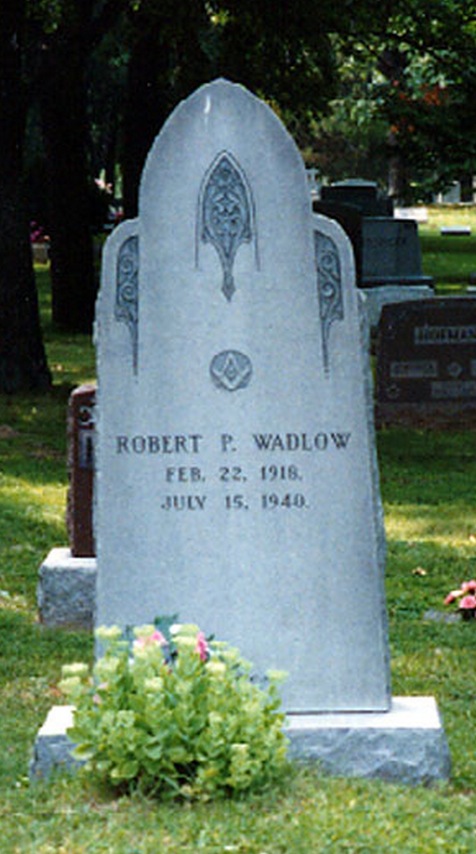 When did Robert Wadlow stop Growing?

On the 15th of July, 1940, Robert Pershing Wadlow stopped growing, as he died in his sleep that night. Until that day, Robert had grown continually because of his illness.

I thought that Robert Wadlow died from his growth condition. But that wasn’t the case, as we’ve learned here.

He died at 22 because of an infection in his leg. Not because of the hypertrophy of his pituitary gland.

The tallest man on earth lies peacefully underground and leaves behind him a legacy of an extraordinary human being.

He inspired people around the world with his positive attitude towards life—even though he didn’t live the easiest of lives.

Everything in this world was too small—from doors to cars and shoes to girls. A hard life to live in a world that doesn’t fit.

Not even today’s specialized stores that make tall people’s clothing would have been a good fit for Robert.

He would need tailored suits, shirts, and pants to look as dapper as he managed to do – despite his unique proportions.